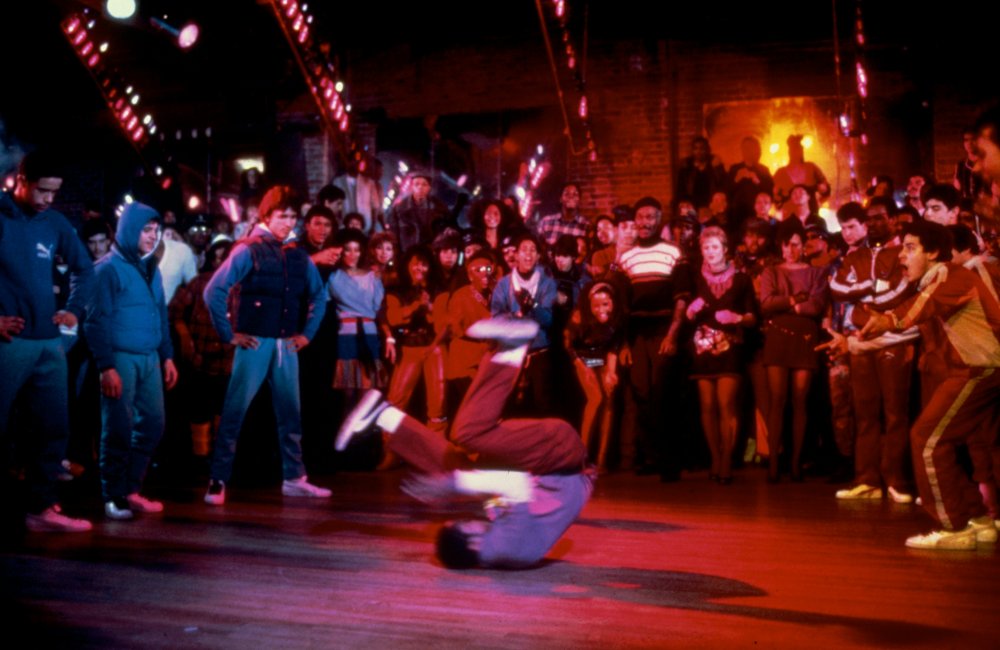 Are you a visual learner who tend to understand information best when you see it? Who’s also curious about Hip-Hop history?

Then you are at the right web space!

These 7 Hip Hop related movies’ recommendations will teach you a lot about Hip Hop culture, its roots and growth.

Wild Style, the movie that made history and brought the hip-hop culture to theaters for the first time ever. Also known as “the first hip-hop motion picture”, it gathered all the elements of hip-hop in one place: Bboying (Break-dancing), DJing, MCing and of course, Graffiti to become the biggest inspirational movie in the culture and influence the up-coming artists.

The movie was first released in theaters in 1982, then re-released for home video in 1983 and released for Blu-Ray in 2013 during the celebration of its 30th anniversary.

Definitely the first movie to watch!

Directed by Tony Silver and produced by both Tony Silver and Henry Chalfant, the movie was out in 1983. Style Wars became the symbol of how positive hip-hop should be. The documentary highlights how New York City itself turned into a gallery where hip-hop artists at that time expressed themselves through different arts and elements of hip-hop such as Graffiti, Bboying, MCing and DJing.

The movie features many names that entered the hip-hop history as legends or even pioneers like: Kase2, Skeme, Crazy Legz, Frosty Freeze and many others.

If you are looking for a hip-hop dance drama movie, then this movie is the best choice for you!

Beat Street, produced by Stan Lathan, demonstrated how the hip-hop culture was alive in New York City the 1980’s featuring many names such Rock Steady Crew, DJ Kool Herc and many more.

Beat Street had a big impact, not only on the U.S.A. culture but also on other parts of the world. The movie played an important role in sharing and spreading the hip-hop movement/culture internationally in many countries like Germany and other countries in Europe at that time.

Enjoy a cool plot and take notes about how the hip-hop culture was in the 80’s.

Freestyle: The Art Of Rhyme is a documentary movie directed by Kevin Fitzgerald and was released in April 14, 2000. This one is for the MCs! The movie talked about the art of freestyling, or “The Art of Rhyme” where you can explore the origins of freestyling, find old footage, and also enjoy the comments and performances of many well-known hip-hop artists like: Mos Def, The Roots, Notorious B.I.G. and more.

If you are interested in the art of MCing or what’s more known as Rapping nowadays, this movie shouldn’t be missed.

Scratch, the movie that highlights the art of DJing or, Turntablism. Out in 2001, the documentary was directed and edited by Doug Pray. The film went through every thing, from Turntablism, to scratching, to battling, to Digging, to making beats and more while sharing interviews with DJ Premier, The X-ecutioners, Mix Master Mike and many known artists.

Scratch does what a fine documentary does best: It extends a warm invitation into an unfamiliar world, then illuminates it fully and allows the larger implications of the journey to sink in unobtrusively … [Scratch is] a highly entertaining and encouraging documentary.

The History of the B-Boy, the documentary that made its only focus the most precious element of hip-hop, Breaking/Bboying. The movie was out in 2002, directed by Israel, it gives you a guide to Breaking, its evolution, history, and why it is important in the hip-hop culture while starring Crazy Legs, Ken Swift, Frosty Freeze, Rock Steady Crew, NYC Breakers and many more known names.

Every Bboy/Breakdancer should watch this.

Planet B-Boy, released in 2007 and directed by Benson Lee, is a documentary that highlights 2005’s Battle of the Year, which is a known international competition that gather bboys/breakdancers from all over the world to compete and find the champion bboy & bboy crew every year.

The movie simply shows how breaking has become known globally and overcome the step of it being just a street art.

This is also a must watch movie for bboys and people who are interested in Bboying/Breakdancing.

That’s it for the movies. We hope you enjoyed reading this one and maybe got in an interest in watching on of this gems!

Till an another blog, stay hip-hop!

Hsan Naat’s Road to Success: Dancing his way from Tunisia to Coachella Festival