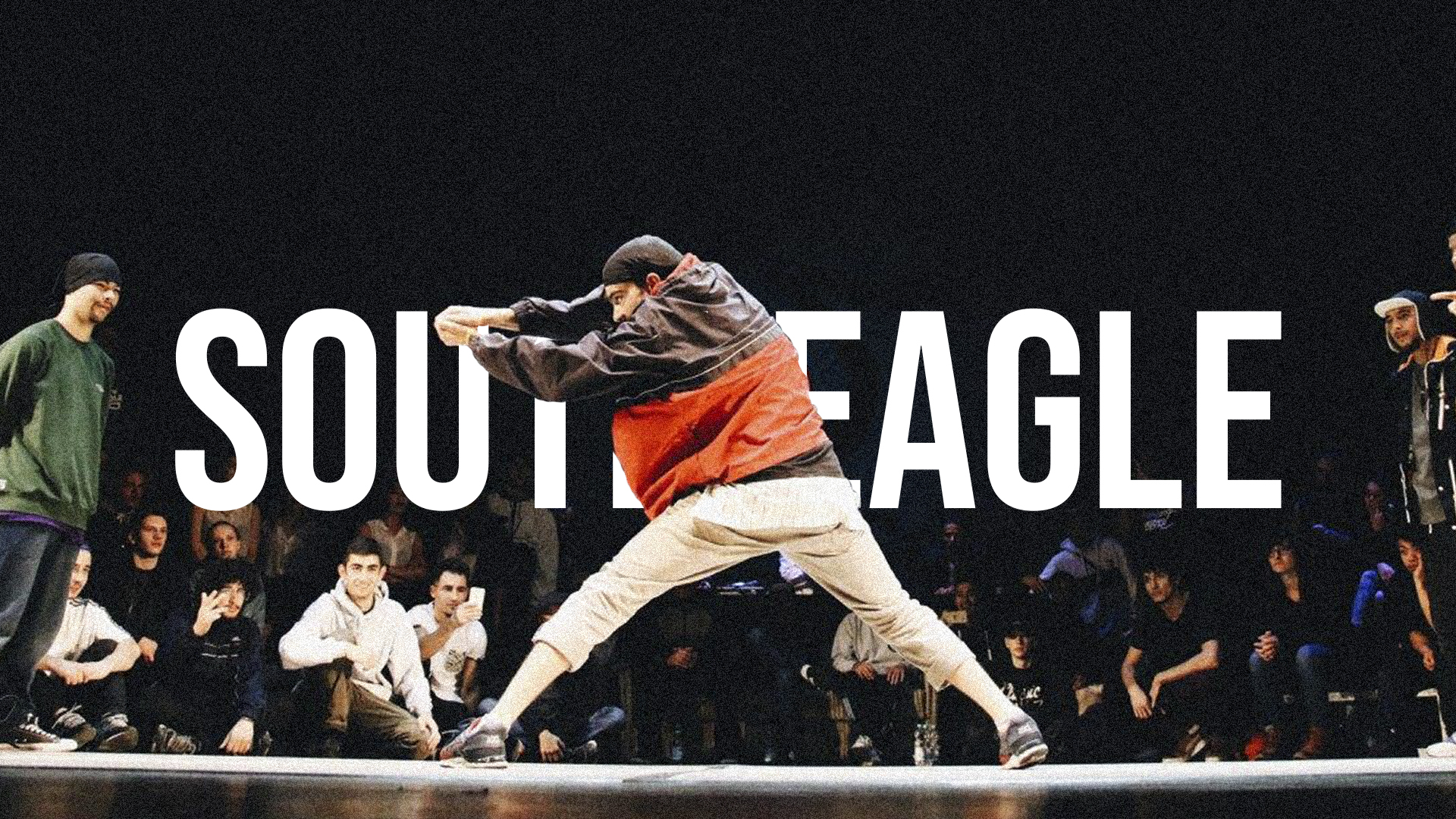 Amin’s passion for dancing started at the age of 12 years old through watching Michael Jackson’s video clips and dancing on his songs. “I was in love with Michael Jackson’s character and everything about him, from his songs, clips and especially his dance. So since I was a kid I tried to dance like him and it wasn’t long until I became the one that his family calls “the family’s Michael Jackson”. Then I remember visiting a dance spot in Sfax where I met a breaking crew called “Free South Crew” (the old generation of Urban Bboys) and that is how I started my journey as a Bboy with them since 2008″.

South Eagle is best known for his determination and hardwork since he carries a dream of becoming one of the best Bboys in the world and put Tunisia’s name on the worldwide breaking scene.

In 2018, he started getting more closer to his dream than ever with winning the first place at Red Bull Bc One Tunisia Cypher which gave him the opportunity to battle at the World Final in Zurich. Also, Amin was the first Tunisian bboy that succeeded in making it to the top 32 in an Outbreak event during The Legits Blast 2018 from more than 1000 bboys from all around the world.

Beside wanting to make a name for the country and himself, Amin wants to keep sharing the breaking culture around Tunisia as he has a vision of making a hip-hop school in the City of Culture the same ways other type of dances have there. “ That will be a way that allows bboys to practice and get knowledge by Tunisians and Internationals breaking instructors/teachers while at the same time they can make showcases and battles and get paid”.

We interviewed South Eagle and here are some Q/A’s to discover him more:

+Who are your top 3 inspirations in Breaking?

My career as bboy is full of inspirations. I can’t say that there are only three bboys because as I said every part have some inspiration. But I can tell you that bboy Rawbzilla is the one who introduced me to originality because his originality stands alone.

+Who inspired you to evolve your style?

The master Poe one, Remind, Dyzee.

+What are your thoughts on being a breaking leader in Tunisia? (by judging, giving workshops etc…)

First of all it is a pleasure for and it gives me the energy to push myself to be better than yesterday. I really want to share my knowledge to see Tunisia with original bboys in the future that are representing to the fullest and earn respect from all around the world. Judging is good because I can explain why someone lost or won if they ask of course. Leadership is about responsibility. Much love to all bboys in my country.

+What are your thoughts about the breaking scene in Tunisia?

I see that there is a new generation and I feel they can evolve to the better in the near future. What is bad that we have only 6 or 5 active crews in all the country. However, one bboy can make his country proud of him even if he doesn’t a have crew, I see people like Art Solution and Khalil Zammeli in Nefza and some other crews that organize jams. I really appreciate anyone that is working hard to push the scene to the best especially when I see that there are bboys from Algeria and Libya coming to our events to support and participate as well.

+Tell us more about how did you make your way in becoming a respected bboy in Tunisia?

By being myself all the time.

+Some advices to the rising bboys generation in Tunisia?

My advice is to set a goal in your life. It is true that breaking is about chilling and having fun but it is also about representing your country worldwide and succeed at being one of the best bboys. We need to put Tunisia on the map and that comes with hard work, constantly creating new ideas, being yourself and believing in what you do.