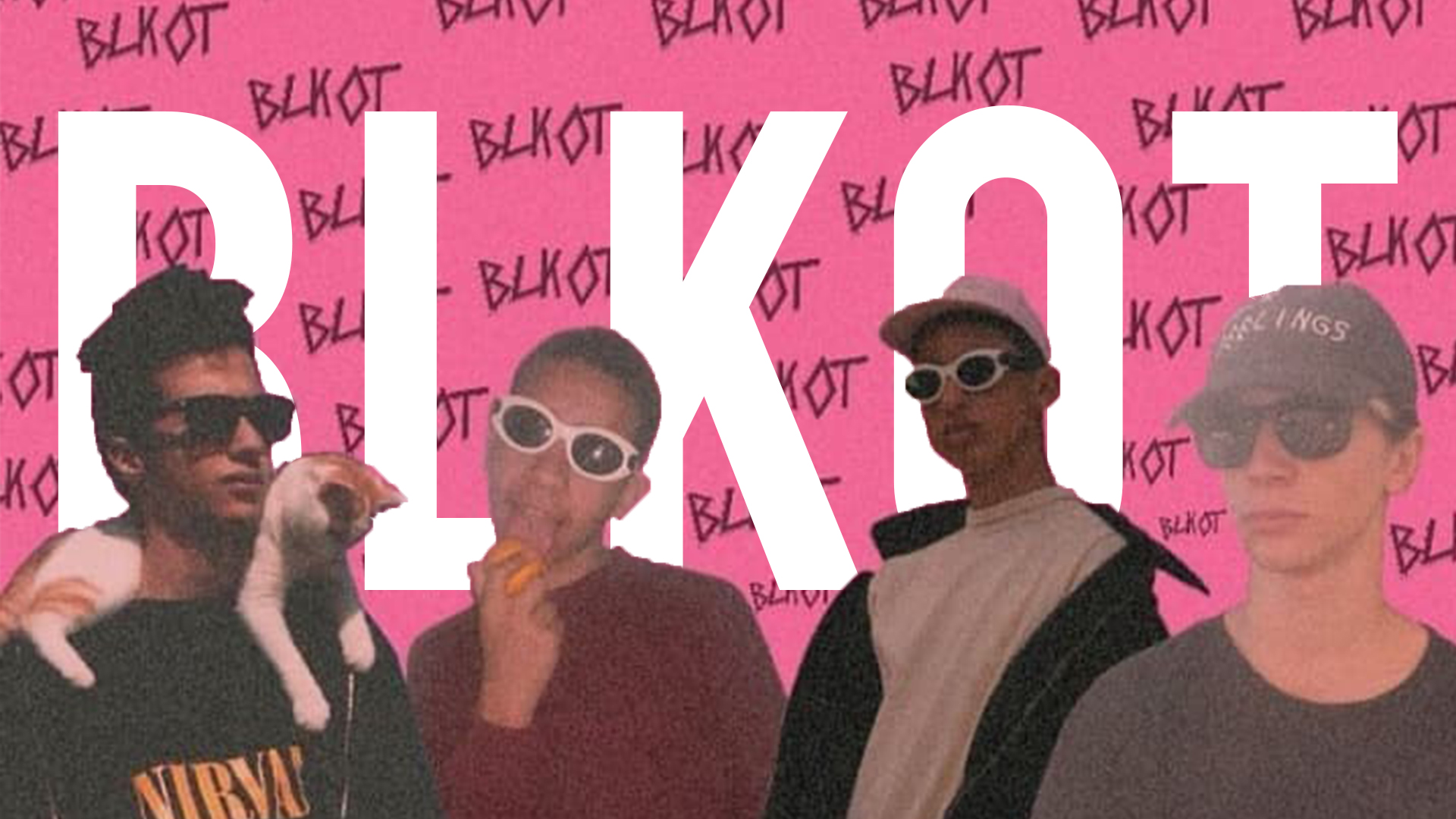 “A recreational activity, an art form, an entertainment industry job, and a method of transportation; this is skateboarding. From riding a skateboard to performing tricks on it, skateboarding has been shaped by many skateboarders throughout the years in different parts of the world” .

Brace yourselves to learn more about it while we talk about “BLKOT”, the skateboarding team based in Tunisia.

Since 2015, the members: Anwar, Raslen, Dali (or Dany) and Yassine started their journey in skateboarding as close friends discovering the art and basics of it all together. It only took them a few weeks to be fully immersed in skateboarding as they made their first purchase of skateboards to learn more. The thrill was real and the boys developed more by learning new tricks and trying to master them until this day. It’s obvious that this type of hobby comes with a lot of inspiration, hard work and dedication while also having fun with it as a group.

As they practice skateboarding, friendship is what keeps them going as well as their passion for what they do. Each member has his own personality and unique side as they all combine it together to form their amazing team. And a bonus, their fashion and sense of style is crazy good! There’s sort of a refreshing hue to what they do and the way their videos are captured. You can almost feel the satisfaction on their faces each time they land a trick and what’s even greater is the way they include clips of them failing then trying over and over. I personally find that aspect very inspirational and transparent because what they do may not be easy but if you set your mind to doing it, it’ll be worth it once you get it right. And that applies to everything else you do in life.

Creativity takes a huge part of what the BLKOT team does, with the help of various internet videos of other skateboarders and content creators, the members get inspired and motivated to do more. And so they take to the streets and live what they call “the perfect day” after school where they skateboard together and film videos for their YouTube channel “BLKOT Team”. YouTube is one of the platforms that the team shares their activities on with uploading “volumes” as in vlogs showing their viewers how they skateboard through the day in different spots. They also attempt doing creative tricks in a funny way which is very entertaining. We also cannot forget mentioning their editing style and the way that makes their videos even more special. They are the definition of edgy, creative and fun youth of our generation.

Despite the absence of skate parks in Tunisia, the boys are not stopped from doing what they love the most. They are constantly looking for new places to skateboard in and explore.

As the skateboarding scene in Tunisia is growing slowly, the members are excited about all of the changes that come with it. They hope for skating parks, shops and even events for them and others to join.

On another note, BLKOT Team is welcoming a new member who joined this year; Nadim who has been skateboarding since 2016!

We interviewed BLKOT Team and here are some Q/A’s if you’d like to know more about them:

+ Who’s the BLKOT Team and what does BLKOT stand for?
“Blackout Team” is group of skaters based on doing different skateboard tricks.

+ What about fashion? Does skating come with style?
Yes, many fashion brands are based on skateboarding like Supreme,Palace and Paccbet which is a Russian skateboarding brand.

+ When did you start skateboarding?
All of us started at the same time from 2015 because we are close friends and our new member Nadim who joined in 2019 has been skateboarding since 2016.

+ What does skateboarding mean to you?
Skateboarding to us is an international language based on true culture and lifestyle.

+ Do you think skating can be art?
Yes skating comes with tricks and can be art of course. Video editing too is creative and comes off as artistic.

+ How do you get yourself motivated?
With watching a lot of cool skateboarding videos from Thrasher Magazine, Free Skate Magazine and TransWorld SKATEboarding like Supreme Team and Palace videos.

+ How important is friendship in your group?
We are cousins and best friends so friendship is very important.

+ Something you wish for in the future as skateboarders?
We wish for skate shops in Tunisia as well as more events.

+ Do you have any intention on organizing a skateboarding event?
In Tunisia there aren’t a lot of events but yes we wish to make a cool one in the future.

+ Do you work on sharing the skateboarding culture in Sousse? If yes, how?
Yes we do with our YouTube channel and other social media.

+ Any advice for other skaters?
To skate harder and not be a poser.

+ Any last words you want to say?
We’d like to thank everyone who supported us and wait for a bomb video tape coming soon on our YouTube channel.

Member of breakreate. Born in May 15, 2003 in Bizerte living in Nefza. I'm an editor, music writer and a culture and arts enthusiast.