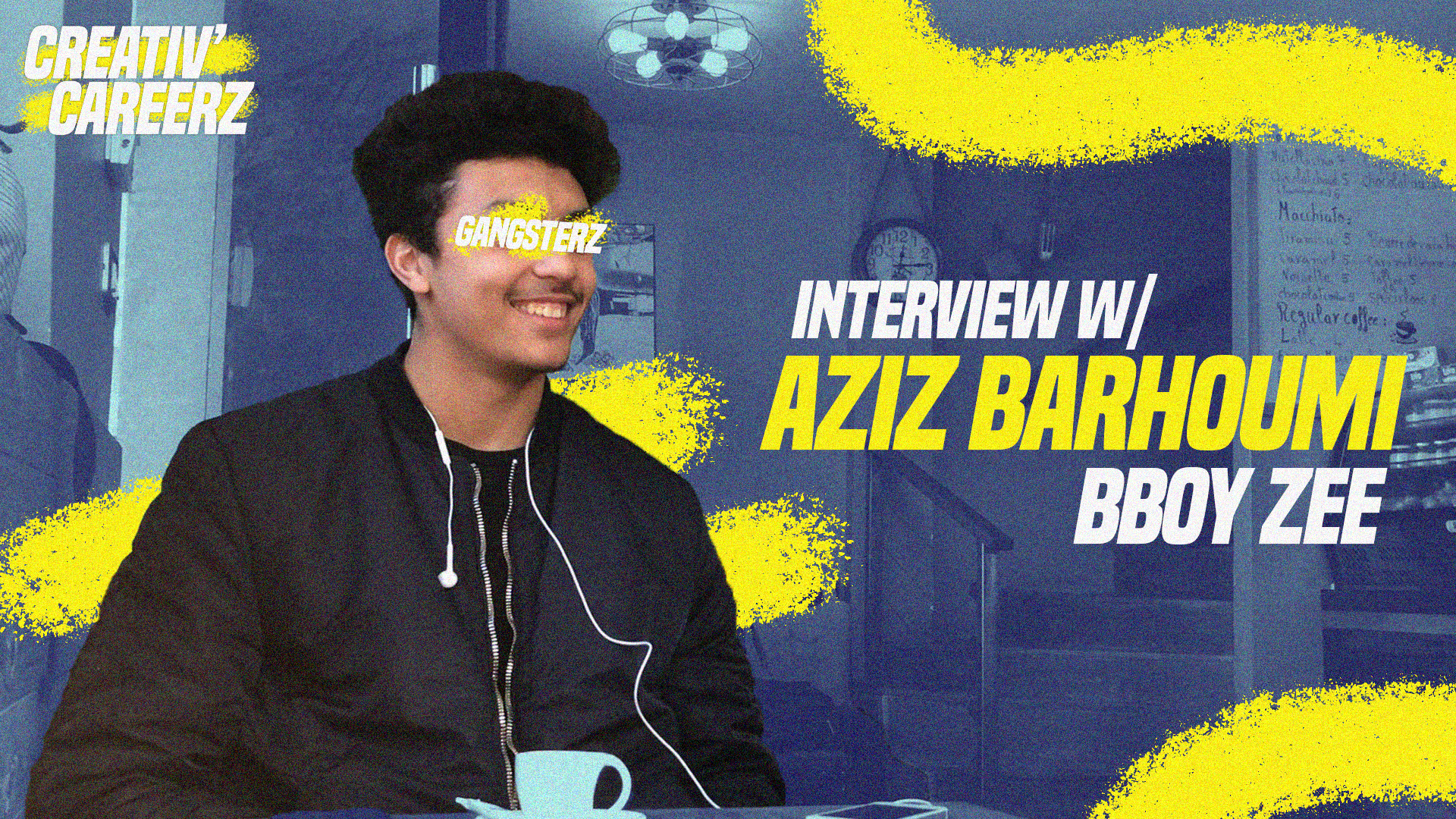 Stage performances, music videos, dance battles, and other art forms are just a visible part of the creative process iceberg. There’s a long journey of passion and challenges that stands behind every artist and that we invite you to explore through Breakreate’s newest video series: Creativ’Careerz.

Creativ’Careerz is a video series produced by Breakreate that aims at building stronger bridges between talented Hip-Hop artists and their audiences. In just few minutes, Creativ’Careerz will take you on a journey to dive deep into artists’ long paths that are filled with passion, growth and challenges.

On Creativ’Careerz’s first interview, we met Aziz Barhoumi aka Bboy ZEE, a young Tunisian Bboy, representing Gangsterz Crew, who knows how to grab an audience attention once he steps into Breaking battles’ dance floors.

ZEE: “I have started Breaking since October 2015. It all started in the Maison de Jeunes Hay al Tadhamon where I got to watch Tunisian Bboys practice. Hamza Lil Gang, who happens to be one of Gangsterz Crew members, was the first Bboy that I connected with. That time was and still is one of the most impressive moments of my Breaking journey. I would describe it as my career hook; that’s the time where I decided to learn, practice and reach a good level in Breaking which led me to winning 10 battles until now.” When asked to describe the Tunisian Breaking community in two words, Bboy Zee briefly and ironically answered “Peace & Love” and we believe that’s what makes ZEE a unique talent within the community as he seems only focused on his craft while avoiding all kinds of drama.

ZEE: “I joined Gangsterz Crew in 2019, a crew that was originally created in La Marsa, Tunis and founded by Rami aka Bboy Ghost. Joining a crew has hugely impacted my Breaking skills, helping me take them to a new higher level than when I used to practice alone. In fact, the existing synergies within Gangsters Crew have allowed me to acquire more knowledge about Hip-Hop and Breaking that I believe I wouldn’t be able to learn by myself.”

We wanted to know more Bboy Zee’s career goals and he definitely wants to be a performer. ZEE answered: “I see myself performing in different categories whether it is battles or shows and I aim to create my own Hip-Hop show one day.”

ZEE: “Bboy Menno from Hustle Kidz deeply inspires me. I not only appreciate his Breaking approach but I do also admire his open mindedness as an artist. In fact, Menno is not only a full time performer but he does also paint, letting this art form that is quite different from dance, inspire his Breaking style. I can actually see him paint as he dances.”

Advices for anyone who wants to start Breaking?

ZEE: “I would advise beginner Bboys to be limitless whether it comes to practicing or gaining knowledge about the culture. Asking questions frequently seems to be one of the best and easiest tips that allow anyone to evolve. A key advice would be also to never neglect the athletic side of Breaking that requires taking care of your body by building healthy habits and maintaining a healthy lifestyle.”

That’s all about Creativ’Careers’ first interview! Make sure to watch the full video on Breakreate’s Youtube channel and stay tuned for our second episode.

Be the Best Version of Yourself on Fallaga Anniversary 2019