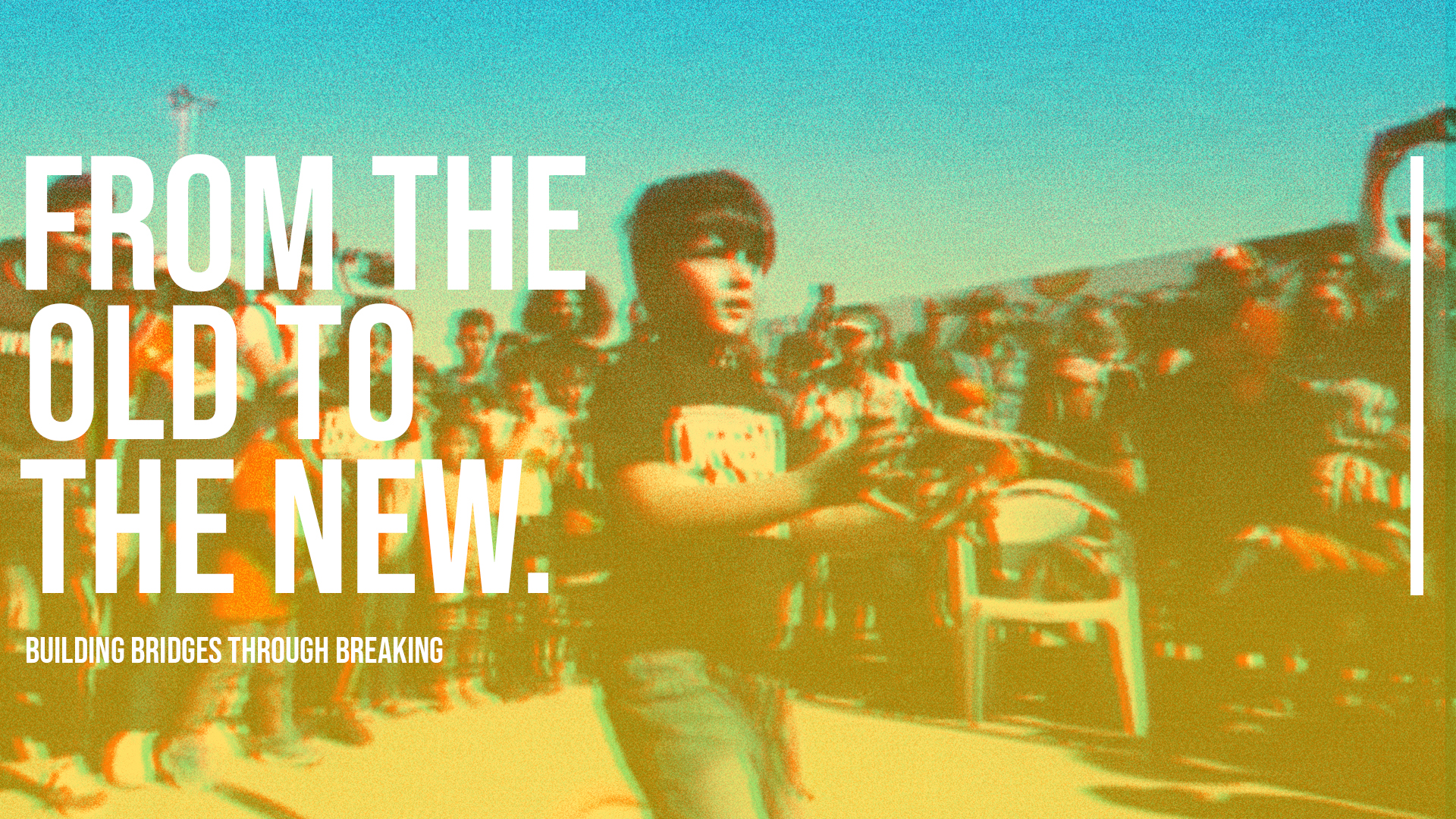 Generation gap is far from only being a parents-children thing! It does also invade art scenes and fill them up with many misunderstandings.

Hip-Hop and particularly Breaking is one of them.

Many perceptions exist: While some old peeps give feedback, some of the old community members criticize and while some of the new generation members innovate, others mess up with the Hip-Hop legacy.

Generation gap within the Breaking scene is clearly impacting its growth which has driven a multigenerational team to work on a Bboying battle with the aim to build a bridge between bboys’ old and new generations and close the gap in between.

We interviewed some of the From the Old to the New team members to learn more about their recent event that took place in La Maison de Jeunes La Marsa on April 28th, 2019 which was officially sponsored by the Urban Dance Academy.

“ A Warm-up event for a bigger one scheduled after Ramadan”.

This is how Ala Zrafi, CEO and founder of Urban Dance Academy, has defined From the Old to the New.

Lotfi Ben Slimane, a bboy representing Gangsterz Crew and Urban Dance highlighted the WHY behind the unique idea of From the Old to the New project. He described it as a:

“Call to the old Bboys in Tunisia to come back to the scene”.

He has also highlighted the importance of connecting the many talented and experienced old generation members with the new ones and allow them to learn from each other.

If you didn’t make it to the event then you’ve unfortunately missed two unique concept battles. A first battle reuniting old generation’s bboys and kid’s generation ones and a second battle entitled Objects Battle which is a 1vs1 competition that requires dancing with an object going from a chair to gymnastics hoops (watch the following video).

We were also curious about From the Old to the New team’s thoughts about the Tunisian Hip-Hop community. Lotfi Ben Slimane aka Bboy Lil’Ghost thinks that knowledge is much needed than hate within the Tunisian Hip-Hop scene while Ala Zrafi reminded us of the bright side of our community that revolves around peace, love and unity.

Aside from its innovative concept, From the Old to the New event is, according to Lotfi and Ala, one more Jam in Tunisia that brings together the dance community to get creative, help each other and express themselves through dance, while working towards linking the different breaking generations, creating an essential growth experience for both.

We ended our interview with an exclusive information we got from the team about From the Old to the New’s second edition that will be a one-week event with different battles, shows and workshops.

Stay tuned and find out more about Urban Dance Academy on www.urbandancetn.com

A Bboy’s Backpacking Journey around Tunisia

Amin Miladi aka South Eagle: A Bboy Full of Determination