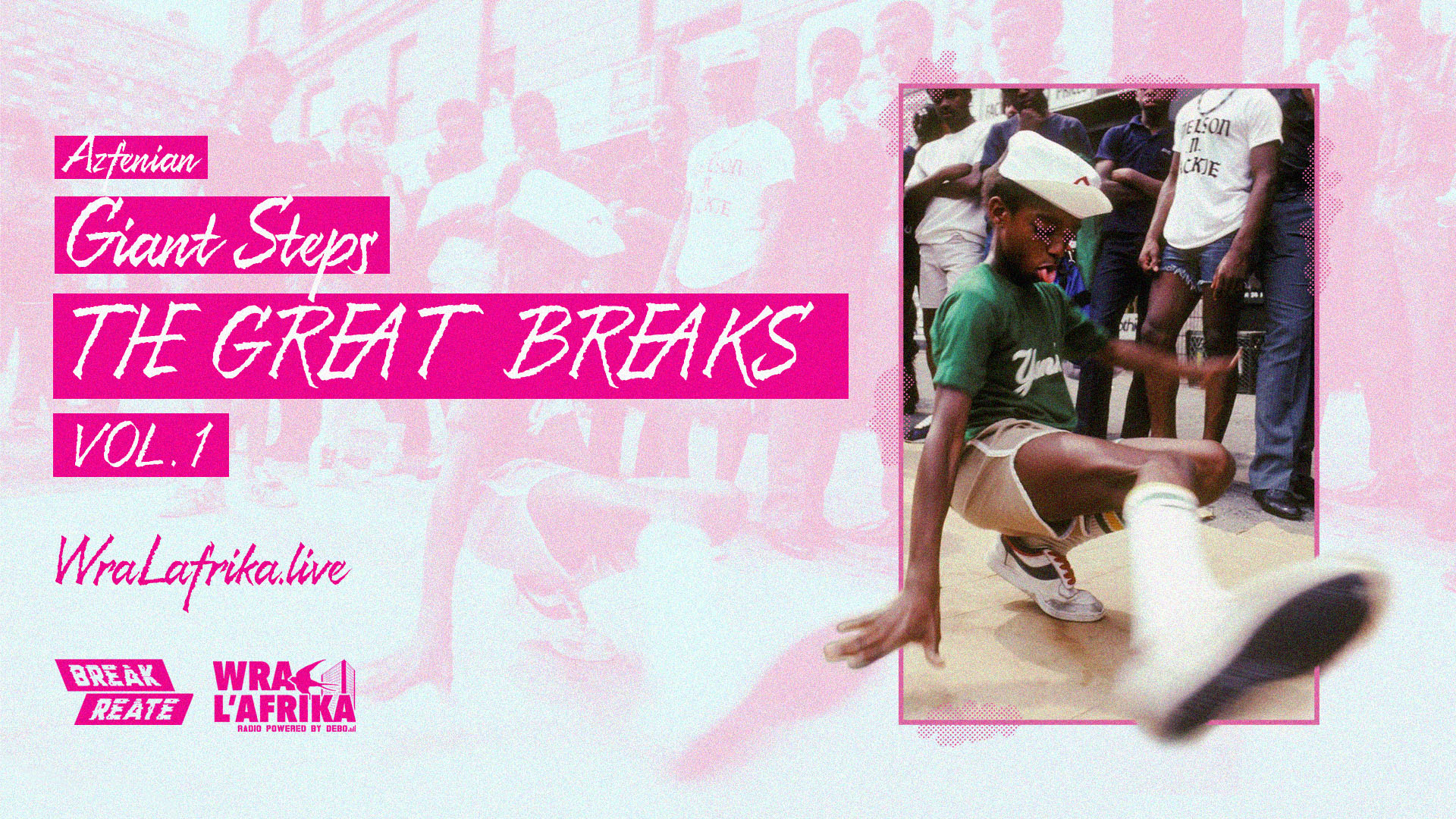 With the launch of DEBO’s new-born project, the digital radio called Wra L’Africa, a bunch of creative and diverse shows started streaming: from hip-hop, jazz, rock, live concert replays and more genres to podcasts discussing sciences and more interesting topics for you to discover on WRALAFRIKA.LIVE.

I myself, @Azfenian, will be hosting my own show called Giant Steps and as you can notice, the title may seem familiar if you are into jazz music as it is the same title of renowned jazz record Giant Steps by of the most legendary saxophonists/composers, John Coltrane.

Even though the show is not exactly about jazz, it is still focused on a genre that is inspired by it along with many others such as Funk and R&B. Breakbeats started grabbing the attention of the musical world with DJ Kool Herc when he began playing just the Breaks, the parts of the records where only drums are being played or what became known after as the Merry-Go-Round.

Having said that, Herc playing only the Breaks did not only create the Breakbeats genre but it was also one of the foundations of the Bboying/Breakring culture giving Break-boys (Bboys) and Break-girls (Bgirls) the music to dance to. Breaking has been one of the four pillars of Hip-hop culture for more than 45 years now and witnessed an interesting worldwide growth to even getting added to the 2024 Summer Olympics as a sport after the success it made during Buenos Aires 2018 Summer Youth Olympic Games.

Giant Steps is going to be a show dedicated to Bboys & Bgirls and those who are interested in the Breaking culture. During the 45 minutes, we will try to take you each session to a different trip within the Breaking music corners. The first session, called THE GREAT BREAKS, will take you to a few releases over the history containing some of the most important and popular Breaks so you listen to what made these tracks masterpieces more than the Breaks included.

In The Jungle Groove Remix

Beginning of The End – Funky Nassau|1972

Jackson Sisters – I Believe in Miracles|1973