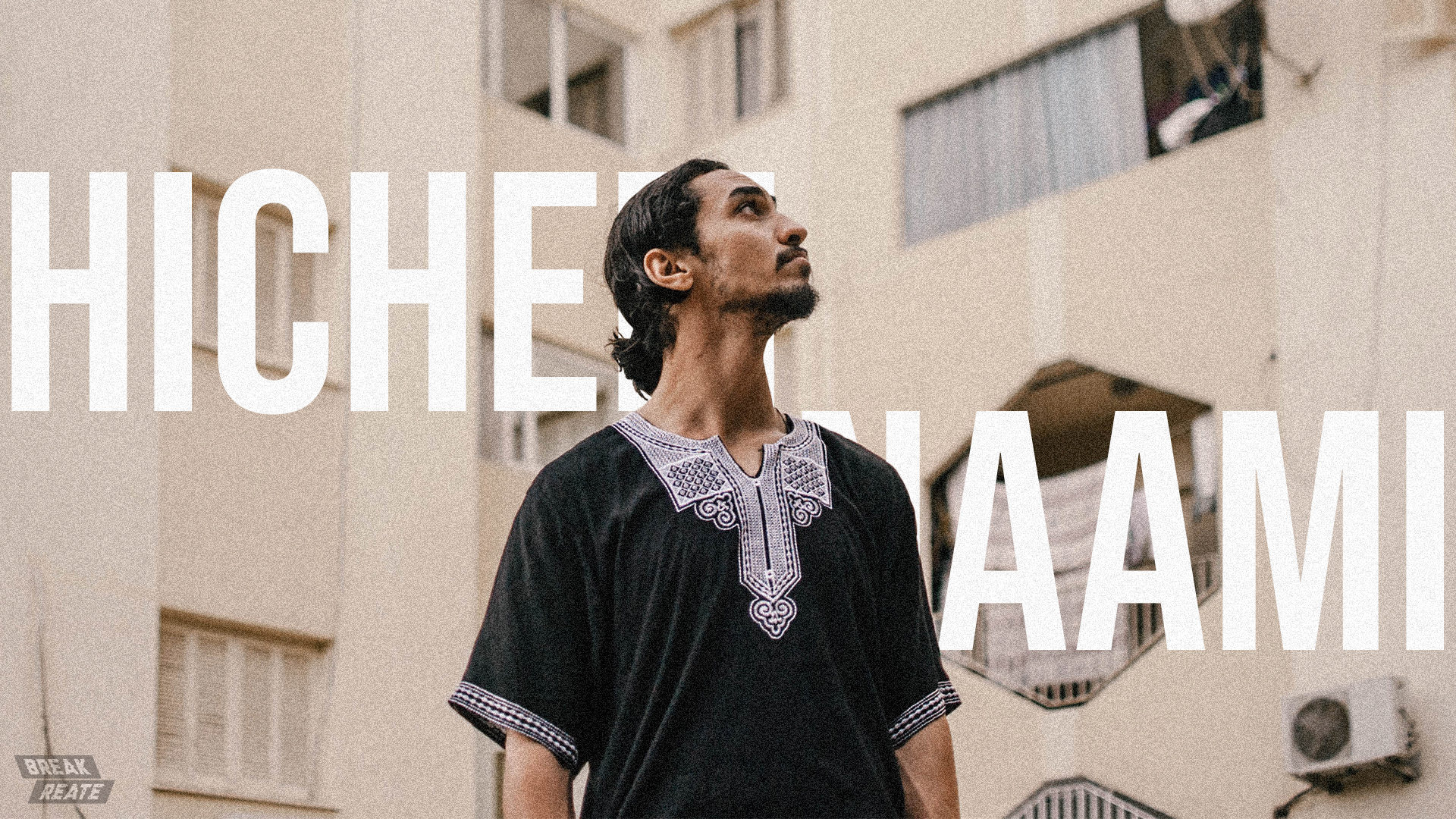 Moving through the city creatively, acrobatically and artistically is at the core of what Parkour is about. This art form is not well-known in Tunisia, however, there has been a small, but active community developing their own styles for the past ten years. These groups organize themselves in the streets all over Tunisia, but especially in certain districts in Tunis, and without any attention or support given to them from any sort of institution.

Despite the abundance of talent that exists in Tunisia, young athletes often stop training either when they have an accident, which happen rather frequently, since there is no security in the sport, or because of the absence of opportunities to create a future through practicing this sport.

Hichem himself was injured badly in 2010, when he fell from the 1st floor while trying out a difficult move. His shoulder, arm and upper body was badly injured, but more importantly he temporarily lost his eyesight.

“There was no way I would let this take me out of Parkour. Because I was seeing a lot of people taking a bad fall and stop training altogether. I slowly eased myself back into training. I was doing physical work outs and some Parkour”, the athlete explained. “I was mostly training with weights. I would put weights all over my body and train with it. I would take them off at around 4 pm and then train some more without them.”

Hichem eased himself back into training, however, he knows a lot of athletes who stopped training because of injuries, or also some who died. The risk in this sport is definitely a factor that both attracts some young people with a taste for adventure to it, as well as discourages others. Going into full Parkour training and taking this sport seriously means taking a lot of risks, and receiving no support or recognition within the society, or from any sort of institution.

For these reasons, the athlete decided to create a structure that could create opportunities and a support system for the community, even if they had to start small. The first competition they organized in February 2018 already presented a great motivation boost for the young athletes, and was conceptualized as a playful competition. Named “Seven Moves”, the competition used a competing system from skateboarding, the “One Up”: one athlete makes a move, the next one repeats it and adds one of his/her own moves, the next repeats both previous moves and adds another one, and so on. They had great feedback.

Hichem first got interested into Parkour, when he watched “Banlieu 13”, the famous French movie featuring the sport. At the time, he was training Kung Fu, and later got into acrobatics, before actually seriously starting to train Parkour. This is how he created his personal style as well, since he incorporates elements from acrobatics and Kung Fu, as well as Hip Hop dance moves. In the Tunisian Parkour community this is sometimes criticized. However, he has received positive feedback from Parkour athletes abroad, together with his crew Hunter.

In 2004, the athlete met a group called “Speed Zone” in the region Ben Arous, and started training with them. At the time, there already existed small communities in Sfax, Soussa and Bizerte. One of the big figures of the community in Tunis was Mohammed Ben Rhouma, who was also Hichem’s mentor. This initial group in Ben Arous achieved a high level of performance, but separated later on.

In 2011, the athlete attended a Parkour event for the first time, and networked more thoroughly in the scene. At this point, there was already a new generation training Parkour, and the community had grown. From this meeting arouse the idea of starting an association. The first step for this was to create the group Tunisian Parkour Family.

Girls in the Streets

Despite this sport being contrary to what is expected of gender expectations in Tunisian society, there seem to be more and more girls being interested in and training Parkour. Hichem personally cited about ten girls who are training and active in the scene, one being a Swiss national installed in Tunis, who wants to create a girls crew.

Girls were especially motivated to start training after a video series Hichem put online on a special training series with a girl, Aroua Chaker, that started from zero and wasn’t especially sporty before, but was trained by the athlete to get to good level of Parkour performance. This was to show that it is a sport that is open to anyone and to motivate everyone, especially girls, to train.

The Parkour community in Tunisia is rather scattered and not as tightly knit as the Hip Hop community, for example. Comparing these two communities, Hichem also notes that while in Breakdancing who is better gets settled through a battle, in the Parkour community there is not this kind of understanding of settling it through a competition. Through creating the Tunisian Freemove Association, the athlete hopes to create new dynamics within the community, to open up new opportunities and support young talents especially.

In mid May 2018 the athlete went to Turkey to compete in his first international competition, where he hopes not only to perform well, but also to make new connections to create new possibilities for the community in the future. He also wants to motivate all the young talents in Tunisia to train harder and participate in competitions abroad.

Check this vlog posted on HUNTER YouTube for more infos about Turkey’s adventure!

Stef Euphoria: The Making of an Artist

Stef Euphoria on “Halazoun’Art Movement” and the Urge for a Tunisian Art Revolution.