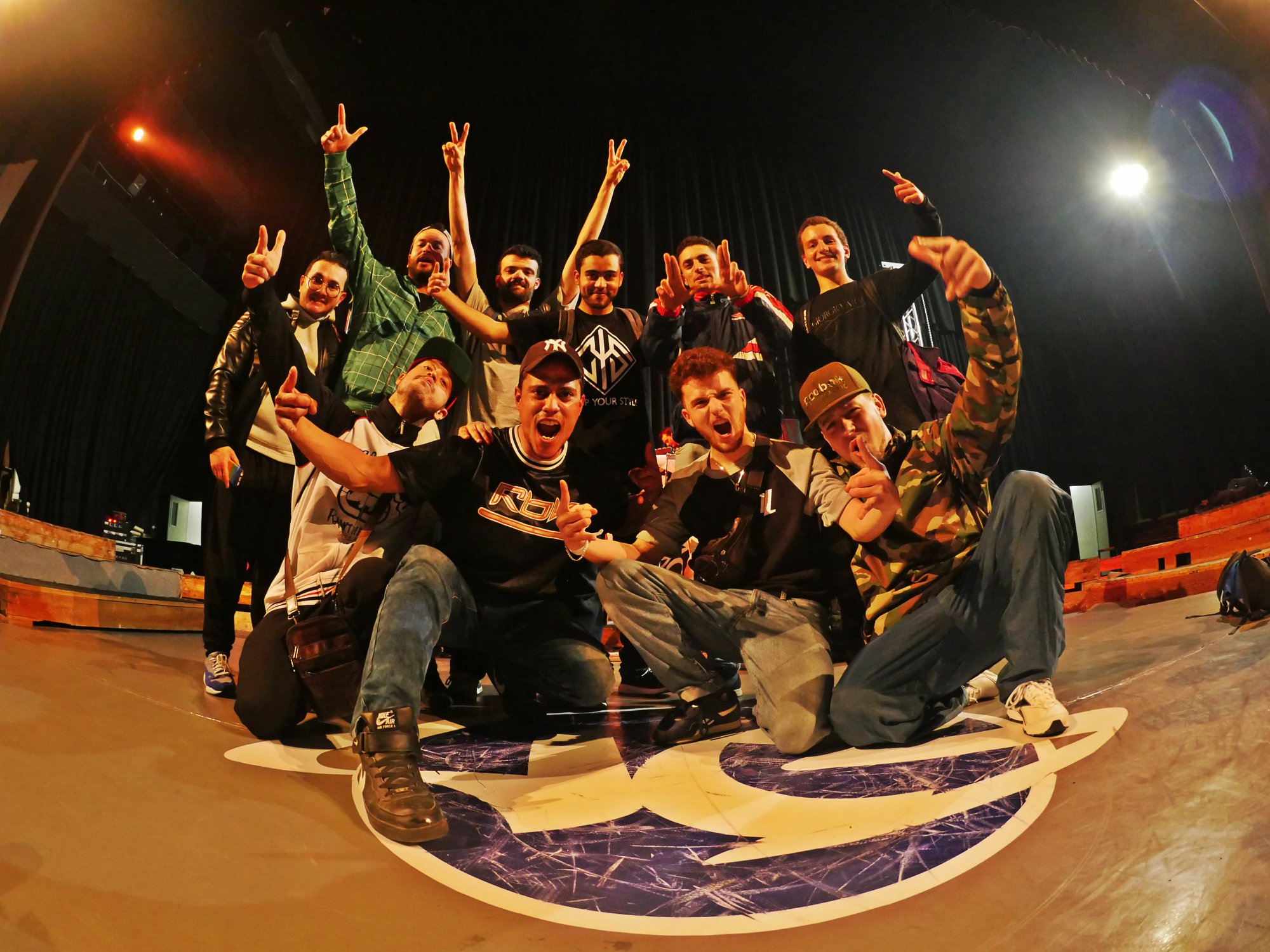 A week ago, I’ve witnessed one of the most fascinating and full-of-vibe hip-hop jam. Even though I got there in the last day, late, it is still one of my favorite events I ever attended.

It was the fourth edition of JAM Session, hosted by the “Urban Culture” NGO and of course by the one of the best crews in Tunisia, one of my favorite too, Urban Bboys Crew. They dedicated this edition to celebrate their 10th anniversary, celebrating ten years of hard work, dedication, sharing hip-hop together and through the community and of course being a family.

I first heard of this event last year and obviously i missed the third edition. This year I decided that I’m going no matter what and I made it there but as I said before, I got there on the second day and late. It was a very long trip for me, believe me.

The event was held on two days. Two days of HIP-HOP!!!

The two-days event started its program with a talk show, a panel discussion about “Street Art & Migration” and “Artists Mobility”. Which is I think the best way to start an event. Communication. Communication is the foundation of Hip-Hop. They discussed how the street art could be a tool for a circular migration, what is the difference between the non legal migration and the legal one. The discussion was also about why street and hip-hop artists want to leave the country, what are the challenges and how bad is being in a European country in an irregular situation.

And of course, there was a couple of workshops during the first day, Bboying and DJing workshops. The breaking workshop lasted two hours and it was done by two bboys. The first hour, bboy Diehard one of the Urban Bboys from Tunisia. He taught concepts and how to apply them in your foundation. The second hour was for bboy Ironsoul representing SNT Crew from France and his workshop was about freezes and how to make new ones.

Meanwhile, Gross’one, a DJ from Belgium, gave a workshop about DJing covering everything a regular person can discover about being a DJ. From the history of the art, ,learning its role in hip-hop, to learning how to scratch. All along with som many other details.

What I like about the workshops is that they were done outdoors. Which is perfect because it brings the hip-hop vibes.

Here are some pictures of their works and the vibes during the first day:

NOW, THE DAY OF THE BATTLES!

The day where the unbelievable vibes took place and drove every one there AMAZED!

The second day started with an open qualifier to choose the remaining bboys who will join the already listed dancers to compete for the 1vs1 battles. Then, the DAY OF JAM took place. DAY OF JAM is a Belgium event and this is the first time it is happening in Tunisia. The concept is that bboys and bgirl will keep rocking and getting out all what they’ve got in the cyphers for an hour. Meanwhile, there will be three judges watching those cyphpers to choose three winners; lord of the cypher (Bboy Ceaser), the best set and the best beat killer. 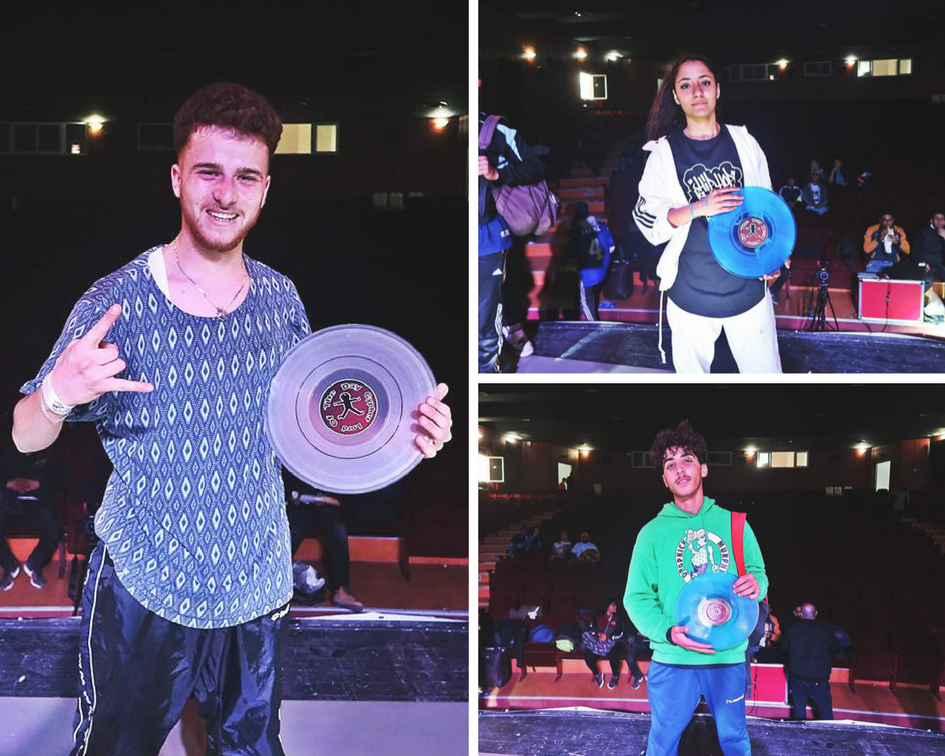 At 5pm, the audience got in, every one was ready and the battles started. I don’t remember a battle where the audience didn’t go crazy. The crowd was PHENOMENAL,  they were interacting with the battles all night long.

There was a cool performance by Hatem Mabrouk and Intissar Gharsallah.

However, the battles were super dope. Bboy Samir from France ended up winning the 1vs1 battles and Super Foxes Crew from Libia took the 2vs2 winners title which by the way give them an opportunity to compete in France in 11-14 May 2018 at SNT 10th Anniversary – Festival Hip Hop Breakleague X Chill In The City and represent North Africa! 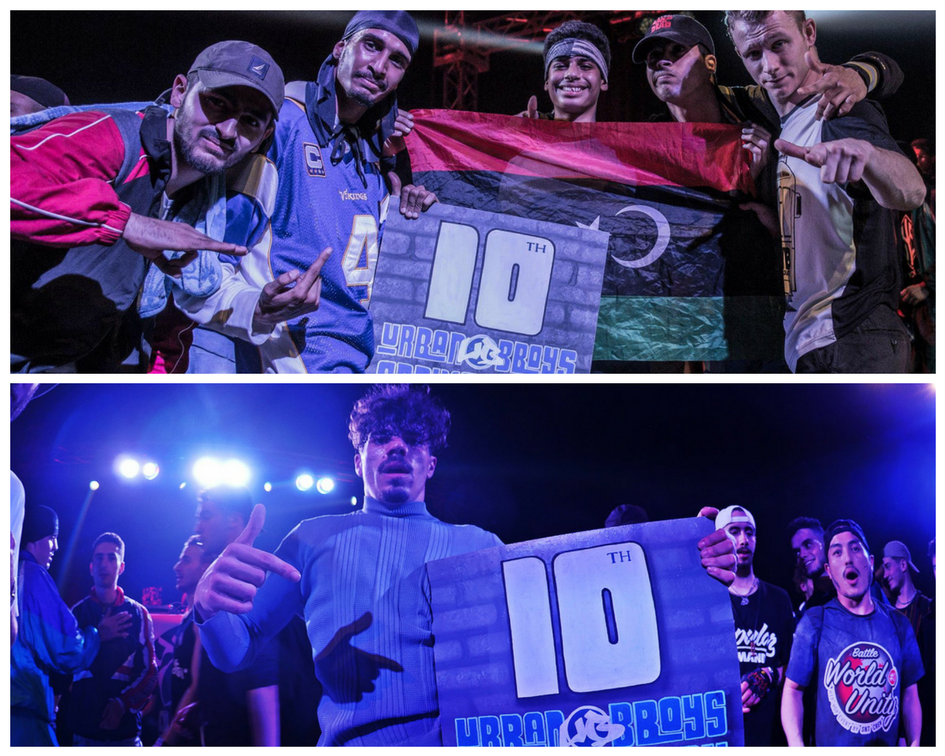 The whole event was a success. The vibes were crazy, if not unbelievable. It was really great to witness it. The one thing that surprised me is that there was a lack presence of dancers and by dancers, I mean breakers. The event is meant for them and it was big compared to the rest of events happening in our country. So I imagined all breakers would be joining this event but as I said, they didn’t. Only a few breakers came to the event. It would’ve been greater if all the community joined. Anyway, that didn’t really harm the vibes. I’m still going to consider this event one of the best events of this year.

I don’t want this post to get any longer, I’m going to end it here. So until the next event, keep breaking and dancing!♥

The used pictures were taken by Art Solution, Urban Bboys and Firas Sahnoun.

The Philanthropic Battle: A Dance Celebration of Womanhood