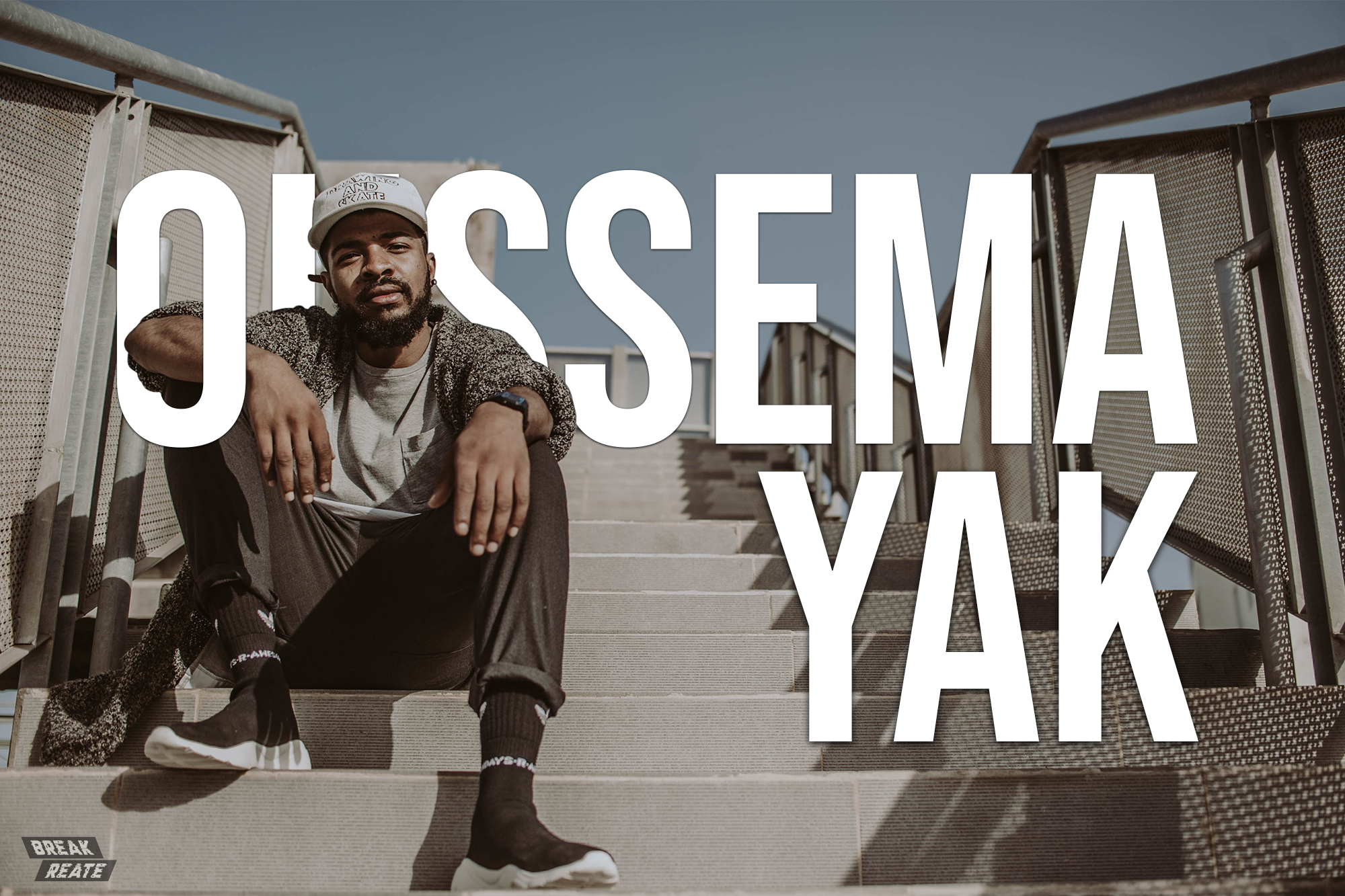 Coming from an artistic family with a father, who was dancing funk and disco, and a brother, who started dancing when he was three years old, arts have always been important in Oussema Chouchen’s life.  Compared to his brother Oussema started dancing rather late – in 2011. However, his career as a dancer and artist has taken off since.

Soon after he started training, he created a dance collective with a couple of other young dancers, which they called Eagle Eye. In the beginning it wasn’t easy for them to find spaces where they could practice, since there aren’t a lot of spaces for dance rehearsal, especially not for underground dance groups.

“We didn’t find a place where we could train, because in Tunis the culture scene isn’t very interested in street arts and urban culture”, the dancer explains. “They will tell you, go out and do what you want, that’s it. There aren’t a lot of spaces for this kind of artistic expression. They like to watch it in a movie, but not necessarily see it in their streets.”

In 2013, he and his dance crew went to Korea after being selected for a K-Pop competition, and won. This was a very influential experience for the young dancer and has pushed him to further develop his skills and broaden his horizon.  He deems being able to get to know other cultures extremely beneficial to a person’s personal development. It opens your mind to new things.

After this experience, the group started moving around participating in different competitions and events, and networking all over the country within the hip hop communities and with associations. During this period, the dancers got in touch with the association Art Solution, which supports and uplifts the community, which inspired Oussema. At the same time, Oussema was working with another dance crew, the Afro Samurai collective. The Afro Samurai and the Eagle Eye collective joined forces that same year, and they created the Afro Eagle Samurai Crew.

This collective is highly creative and active in the scene, especially known for their dance theatre performance “Lamha”, which tackles the internationally criticized “law 52” of the Tunisian Penal Code that criminalizes weed consumption. In 2016, Oussema was selected to participate in the UK Championships and won. The following year, the Afro Eagle Samurai Crew was selected to participate in “Arabs Got Talent” in Beirut, Lebanon.

As a form of expression of one’s thoughts and feelings dance and the ability to combine and interchange styles and artistic references is of great importance to Oussema’s dance practice.

In Hip Hop, there are different artistic categories, one of which is dance, and within this category, there are sub-categories: Popping, Locking, House and Hip Hop. This last sub-category is the most experimental, according to the dancer.

“It is a mixture of a lot of styles of dance, so you need to be able to do almost all styles”, the dancer points out. “It’s near to experimental dance. I feel like it’s more spiritual than the others. You are freer in your expression.”

Currently, he is preparing a dance-theatre collaboration with a dancer of contemporary dance. This creation should be ready for performance in summer.

Giving Back to the Community

Determined to have impact in the community, the artist started the association “Bridge of Art” last year with a couple of other artists and friends. The goal to make the culture of Hip Hop accessible to both insiders and outsiders to the community. In his experience, both inside and outside of the “hip hop” community people don’t necessarily know what Hip hop really is, nor its history or culture.

“It’s not just about dressing a certain way, or listening to certain type of music, it’s much more than that.”

Furthermore, the dancer wants to create a festival through this organization that is purely about Hip Hop culture, and that will create opportunities for the communities throughout the country.

“The idea is to create a big event that is 100% hip hop. At the moment, you can’t see much future in hip hop as a young person. But if you create opportunities like that, you can develop the scene”, Oussema Chouchen explains.

The organization also plans to focus on more marginalized regions: “In Tunis, there is already a structure. But in the other regions, there is a lot of potential, but not a lot of structure or opportunities. Our idea is to go out and create something with and for them; to bring the opportunities to them, instead of them coming to Tunis.”

Amin Miladi aka South Eagle: A Bboy Full of Determination