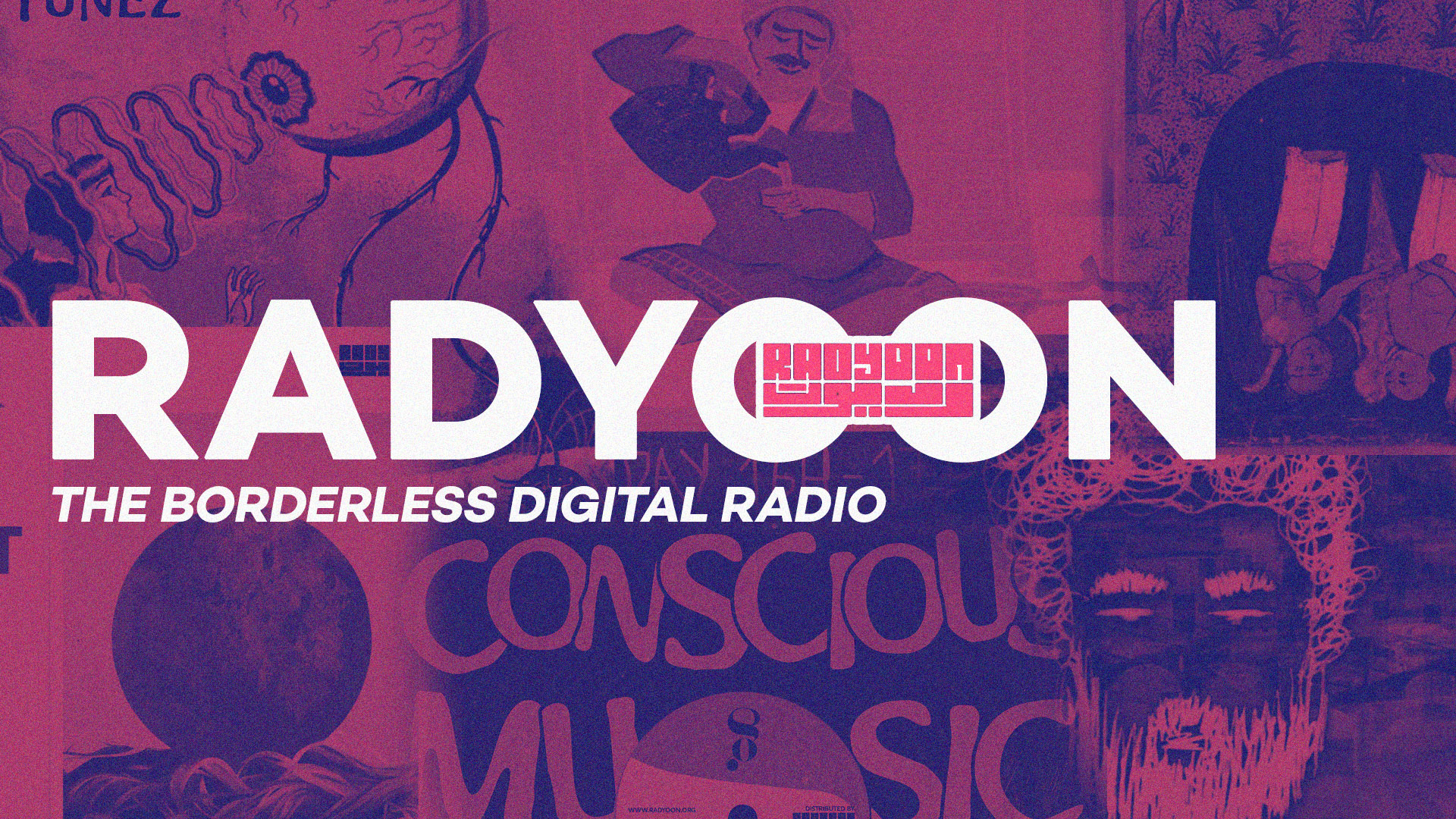 Hey YOU! We hope you’re safe and sound!

Coronavirus’ quarantine experience has emotionally challenged us. We’ve all found a different way to cope with such uncertain times and survive this 2020’s pandemic. And during the confinement, not only were we grateful for having doctors fighting for our safety but also for having artists and entertainers contributing to keeping us sane. Flashing back to the first weeks of quarantine, when our social media feeds were all about the increase of Coronavirus cases in Tunisia and other countries’ death toll; artists and art collectives have managed to reach us through diverse social media platforms to keep us calm through their art. Nationally, Radyoon was among those who led such creative initiatives. Since the beginning of the quarantine, the Tunisian online radio, which name refers to the informal Arabic word meaning radio, has been offering consistent music and creative content ranging from radio sessions to eye-catching digital art.

You must have noticed it, right?! As quarantine increased our screen time, Radyoon made our screens look more aesthetic through its radio’s illustrations. All along the lockdown period, the digital radio has been offering its audience a diverse program, composed of music sessions that appeal to different music tastes. No matter what music genre you like, you’d probably fit into at least one of the many multicultural programs scheduled on radyoon.org. In fact, Radyoon incubates more than 30 contributors coming from different musical backgrounds. This makes it more than just an online radio. Radyoon team does actually identify themselves as a platform that connects different music scenes with the aim to create impactful synergies, aiming to grow from radio sessions to offline events and art residencies. Gazouz (soda) is among the list, which is an offline party organized by one of Radyoon’s contributor based in Geneva, aiming to promote the Arab underground music scenes.

Launched in 2012 in Tunis, Radyoon is considered as one of the first movements that have emanated from the Tunisian revolution; which led them to incorporate freedom at the core of their music curation approach. These aspects of Radyoon have made the digital radio’s identity go beyond the Tunisian borders to reach international audiences and contributors such as collectives, labels, and music enthusiasts based in Beirut, Casablanca, Cairo, Brussels, Paris, and Geneva.

A self-managed and diverse team:

When asked about their team, Radyoon provided us a delightful response:

“Our team counts more than 30 members, going from the Papa who’s fond of Dub to the young producer, label founder, student, graphic designer, and experimental artist.”

In addition to the unique feature of Radyoon team that is diversity, the digital radio and cultural movement is characterized by its flat organization. Being a nonprofit collective, the team mostly relies on collaborations to achieve its mission. Since the 17th of December 2012, and in just a few months, the team has grown from only three co-founders -Anis, Hamma, and Nass- to involving more contributors composed of a number of well-known collectives and artists such as Deenah Abdelwaheb, Ogra, and La Pègre d’Arabstazy.

Online radios differ from the static picture we all have about radios. Digital radios have to be appealing to two of your senses: Your hearing and sight. Even if the main goal remains to listen to your favorite music, Radyoon offers an aesthetic experience to its audience that not only promotes music-related art, but also the crafts of graphic designers and illustrators. In addition to its aesthetic dimension, Radyoon’s content has been characterized by its consistency. This might seem easy but in times of a pandemic, consistency and quick adaptation is something to be appreciated. Now, let’s move to the third dimension that makes Radyoon stand out from the other online music experiences: Diversity. If we could picture Radyoon, it would probably be an airport! Such as an airport, Radyoon hosts different music genres that match different music tastes. This goes from traditional Berber sounds that depict North Africa’s indigenous people to Egyptian music classics and Palestinian trap. The multiple flavors of Hip-Hop beats are also available on the digital radio, in addition to post-punk, noise, and techno music. Radyoon curates each session based on an approach centered on a specific sonority and a different socio-cultural, historic, or geographic context.