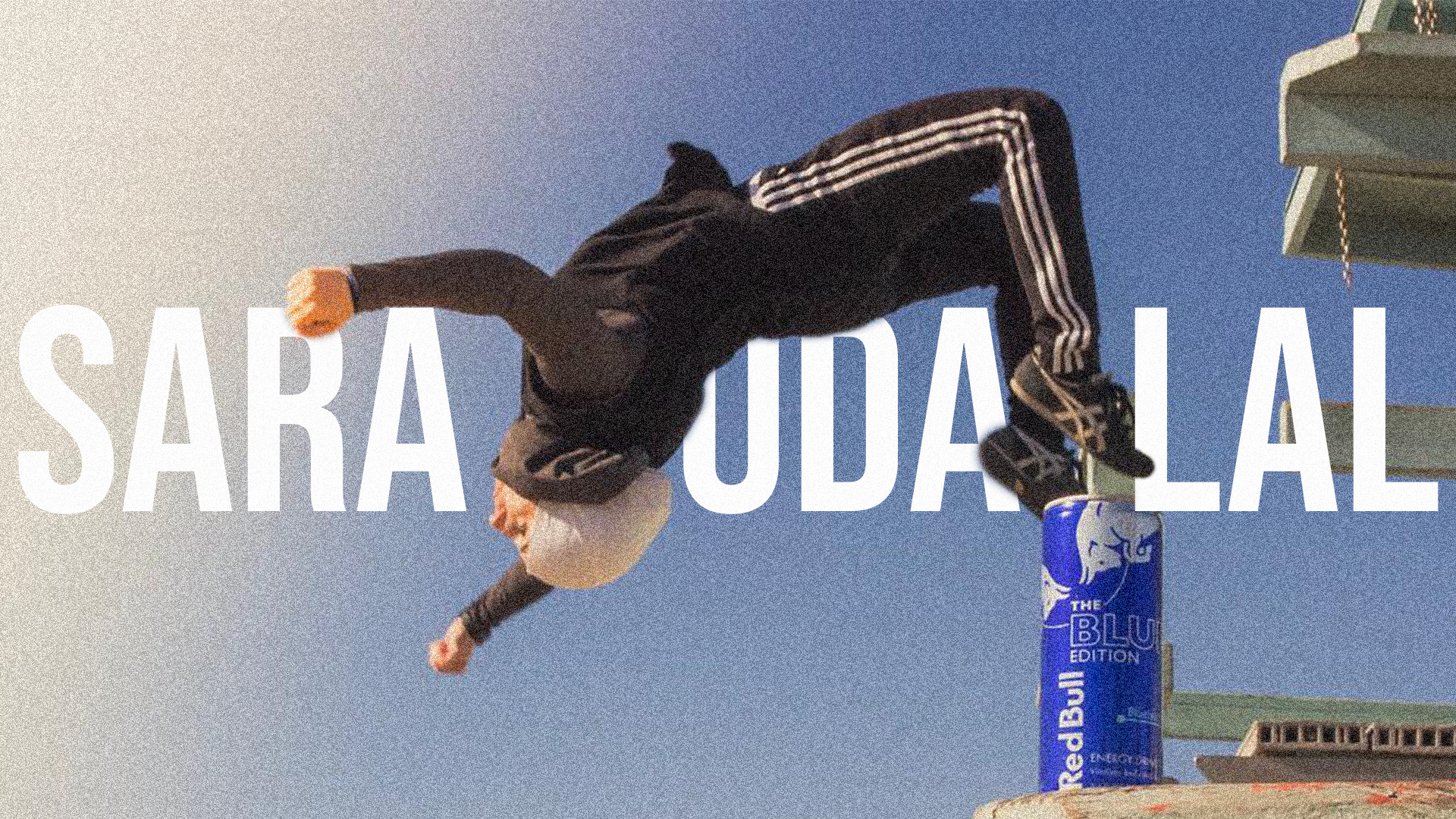 The lack of female representation is definitely an issue when it comes to the recruitment of a tracer. It is really important for women to see other women doing the sport; it is then easier to say, “If she can do it then so can I.” As a woman, watching someone like David Belle and saying, “If he can do it then so can I,” is a bit more difficult because women and men are built in totally different ways; they move differently, they have different strengths and weaknesses and they physically and mentally approach obstacles differently.

However, Sara Mudallal didn’t care about any of those things and has become a respected woman in a sport dominated by men. She first found a parkour studio and she was the only participant wearing hijab, it didn’t bother her at all, and still doesn’t as she now competes as a professional athlete.

Sara is a 22 year old entrepreneur and a parkour athlete living in Los Angeles who is excelling at the sport of parkour while being an American-muslim who wears a Hijab. She received her Bachelor of Arts (B.A.) in Business Marketing from California State University-Fullerton, Mihaylo College of Business and Economics.

The hardworking tracer started training parkour four years ago and this sport became very sentimental to her. She is aware of the fact that she had to overcome many obstacles. With only a few girls in this field and while being recognized for breaking stereotypes and a role model to women all over the world, Sara is even more determined to inspire women to tackle this sport and take a shot at Parkour.

The athlete appeared on American Ninja Warrior Season 10 Episode 2 which aired on May 30, 2018. Mudallal is also a martial arts expert with a second degree black belt in Karate. She also has her own Vlog on YouTube and now Sara is starting to make a living out of her passion for parkour.

And these are the most important points that the Parkour athlete touched on when we interviewed her:

Everywhere I go I just see the world as one huge playground.

That’s what Sara said when we asked her how she got into Parkour. She also said that when she was a kid she loved jumping on things. She invests 12 times a week in her training at the moment. Vaults are the “ABCs” of parkour that almost anyone can do on the first day as she said.

No time is the right time.

Is the deep philosophy behind parkour for Sara Mudallal. Also everyone she follows on instagram is an inspiration for her.

I just followed my gut and always portrayed myself with confidence.

That was Sara’s answer when we asked her how did she make her way in becoming a respected parkour athlete in the world.

A lot of mental barriers and quitting my job to pursue this.

Are Mudallal’s biggest obstacles and the most difficult decision that she had to face and make. But she overcame them with her most important personality trait that she feels has greatly helped her, which is confidence.

Getting on American Ninja Warrior

American Ninja Warrior (sometimes abbreviated as ANW) is an American sports entertainment competition, which is a spin-off of the Japanese television series Sasuke. It features hundreds of competitors attempting to complete series of obstacle courses of increasing difficulty in various cities across the United States, in hopes of advancing to the national finals on the Las Vegas Strip and becoming the season’s “American Ninja Warrior.” And competing on it was Sara’s biggest achievement.

It’s amazingly popular , it will be practiced everywhere and it will be in the Olympics:

That’s how Sara sees the Parkour movement on an international level and especially in the Arab world in the next 10 years.

Is Mudallal’s current goal. Sara seems to be highly focused on her career as a Parkour athlete as she hasn’t confirmed having any future project ideas targeting the Parkour scene.

That was Sara’s most important advice to the rising parkour generation in the Arab world and especially to women.

A Breakreate member born in April 25, 2001 in Tunis but living in nefza. I love hip-hop and urban arts. I’m a bboy and a writer.

Benny Benz: From The Streets To The International Scene