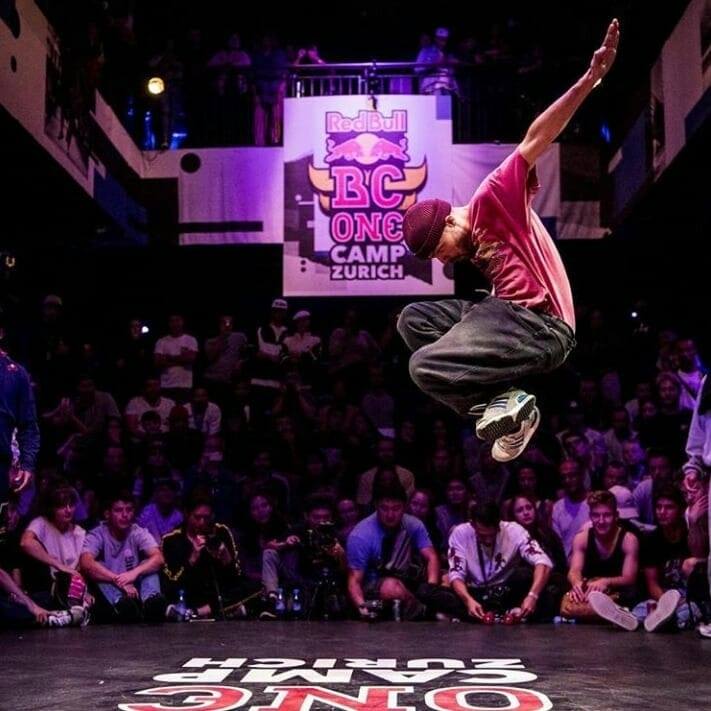 During last weekend, the world witnessed a historic edition of RedBull BC One, the biggest bboy* championship in the breaking* scene.

RedBull BC One has been running since 2004 and it is about gathering the top 16 bboys from all over the world, some are invited and the rest are qualified through worldwide qualifiers, to compete and choose the best bboy of the year.

Tunisia had its qualifier this year, which took place in last March 2018 with the winner crowned for making it to the final and winning, Amin Miladi, who is best known for his bboy name, South Eagle.

Coming from Sfax, and his crew, the Urban Bboys, Amin is truly a dedicated bboy who shown it times and times again through all of his battles! Especially during the last Outbreak Europe when he made it to the top 32 out of more than 500 bboys!

He almost participated in all the RedBull BC One Tunisia’s qualifiers since 2012, made it to the final in 2015 and finally made it in 2018 as the winner.

After winning the title of the Tunisian BC One champ, he flew to Zurich to take part in the RedBull BC One Last Chance qualifier and make his dreams and goals come true!

Unfortunately, he didn’t make it to the World finals but he simply showed that if you try, and if you keep trying, you will eventually make it to any place you want!

We, as a hip-hop community, should be all proud of him.