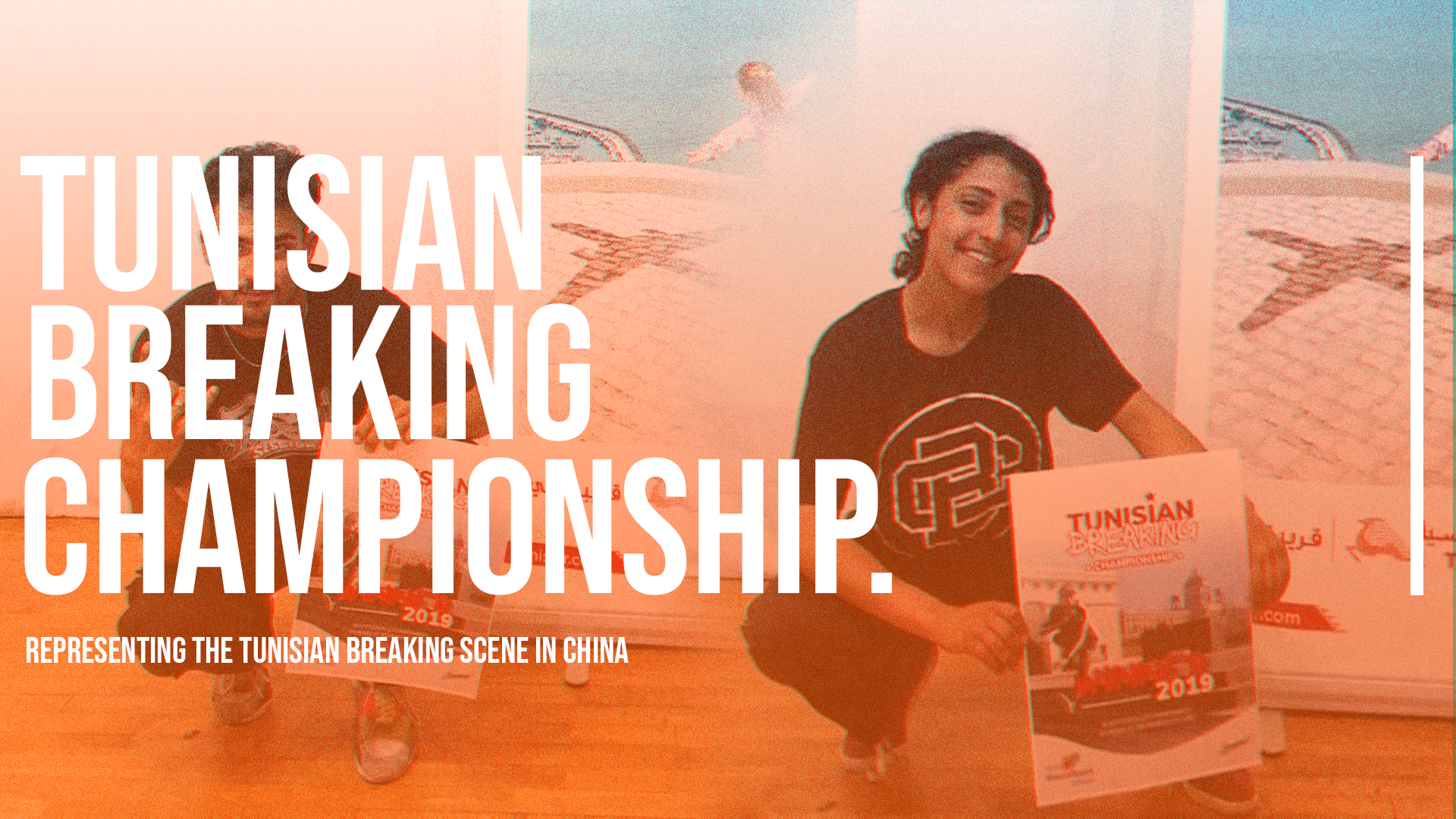 The Tunisian Breaking Scene had a good start this month with a special announcement.

At the end of the competetions, two breakers were selected by the jury members to join the WDSF World Breaking Championships taking place in Nanjing, China on the 23rd of June, 2019: Nour Ben Soltane aka B-girl Nour, winner of the 1vs1 B-girls Battle and Ilyes Gharbi aka B-boy Ilyes, winner ofthe 1vs1 B-boys Battle.

Mohamed Amine Bouteraa aka Early Waves, as one of the Tunisian Breaking Championship organizers, believes that B-boy Ilyes and B-girl Nour’s experiences are going to be very motivating to the Tunisian Breaking community for it is an international opportunity that will connect them with some of the most renowned B-boys and B-girls, in addition to representing our contry that is the first and only African country participating in the WDSF World Breaking Championships.

These were Early Waves’s words as he cited his expectations from the winners. He believes that B-girl Nour and B-boy Ilyes are already making history for being the first Tunisian and African dancers joining the WDSF World Breaking Championships.

In adition to being a professionally rewarding experience, B-boy Ilyes and B-girl Nour’s WDSF World Breaking Championships participation will certainly be a challenging one. According to Nour, both of the winners are scheduling shared practice sessions to enhance their skills and get ready for the final competitions in China.

Besides being her first international experience, battling with international breakers is another first for B-girl Nour who feels overwhelmed about the idea of representing her country among many others.

B-boy Ilyes’s thoughts on the experience highlighted some of the sacrifices he made and the risks he faced all along the journey. As a part of the organizing team, B-boy Ilyes had to be his best as a B-boy and as a team member in order to succeed on both levels and match his own expectations.

We need to believe in our genius generation.

Early Waves does also wish to see more events and qualifiers such as the Tunisian Breaking Championship taking place within the Tunisian Hip-Hop scene that is, acoording to B-boy Ilyes, rapidly evolving.

South Eagle: From Tunisia to the RedBull BC ONE WORLDS