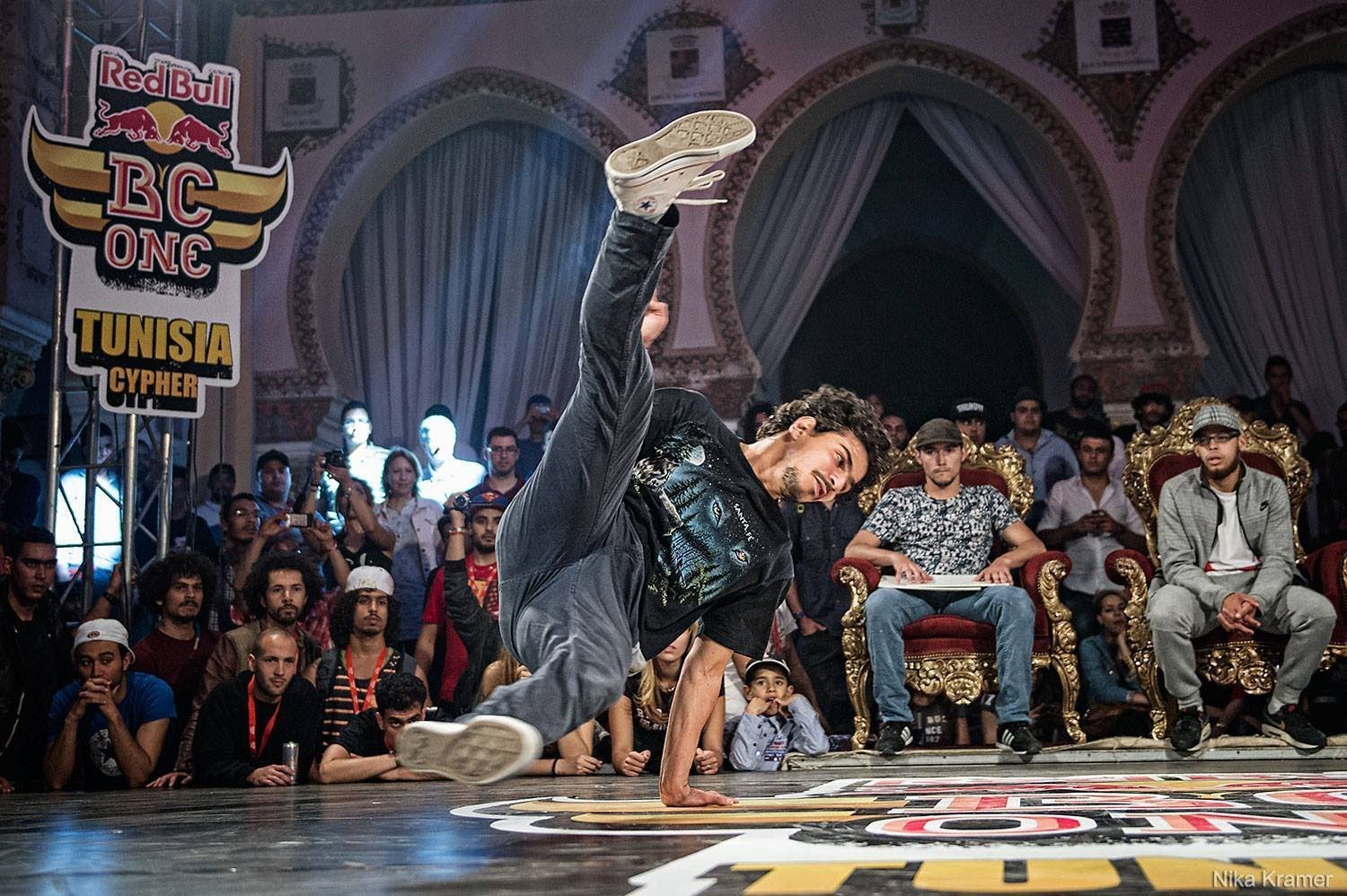 A big event is happening this week in Tunisia for the breaking scene.  After two years since the last edition, Red Bull BC One Cypher is happening again in our country this year. The BC One Cyphers are worldwide known events that happen each year to pick the winners of TOP16 qualifiers from all over the world in order to compete in the worlds finals over the title of the best Bboy. To make it short, if you are a bboy and didn’t hear of Red Bull BC One yet, buddy, you surely missed a lot because it is a game-changing event for the breaking scene.

And while waiting to witness the battles this weekend, I’d like to put some light on a very serious matter in our scene. The absence of the breaking crews in Tunisia. This weekend event is 1vs1 category battle but those Bboys will represent their crews before they even represent themselves. So let’s go.

It all went good until one day, in a 4vs4 battle, the event organizers couldn’t find crews of four bboys in each side. So they were obliged to turn it into 3vs3 battle. I hate saying this, but this is just unacceptable if it is not shame.

So the question here is: Where are the crews?! Even in the 3vs3 battles breaking or Allstyle battles you can rarely find 3 dancers from the same crew.

Tunisia’s hip-hop scene have always been active, every 2 or 3 months, we can notice some events somewhere. But the main problem that I noticed myself and even some of my peeps, is that there are no more crews in Tunisia like it used to be.

Speaking of the Past.

If we go back in time 10 years ago, we can count more than 20 crews around the country, the competition spirit was always high, some crews were famous with their Bboys and rivalry against each other, once they battle, the crowd just go lit.

However, as we can notice, today we can only count some of them. Some are not active anymore or they just got old. Some others flew away out of the country and the rest are rarely present in the events or jams.

Brief history of the Hip-hop culture.

Before the establishment of the crews, it was gangs all over the Bronx and every gang was known by their jackets and patches as well as their reputation. Therefore, the existence of the crews is a fundamental element in the hip-hop scene, every crew with its members, its vibes, style and flava.

There is always a place for the new generation.

I want to speak also about another threat to the crews in Tunisia, especially the old ones, the fact they are not adopting new members and it’s inconvenient. I think that this is one major reason why the old crews in Tunisia are disappearing. Crews are just not “recruiting” members, or let’s say passing their ways to the new generations.

Raising new family members is fundamental for the long living of the crew and the spread of the culture around the country in order to reach a bigger hip-hop community so that everything changes automatically.

There is still hope.

The street artists and the associations who are involved in the hip-hop scene, today, are really pushing hard to organize events, make jams and plan hip-hop related festivals. In addition to that, the organization of the events got upgraded really well in a level of marketing, promotion, sponsorship… but of course, there is a lot of work left to do.

This is where we are going to stop for this time. We hope you enjoyed the read and don’t forget to let us know what you think about this matter. Your opinion does matter to us!

Meet you in another post, until then keep dancing and rocking!