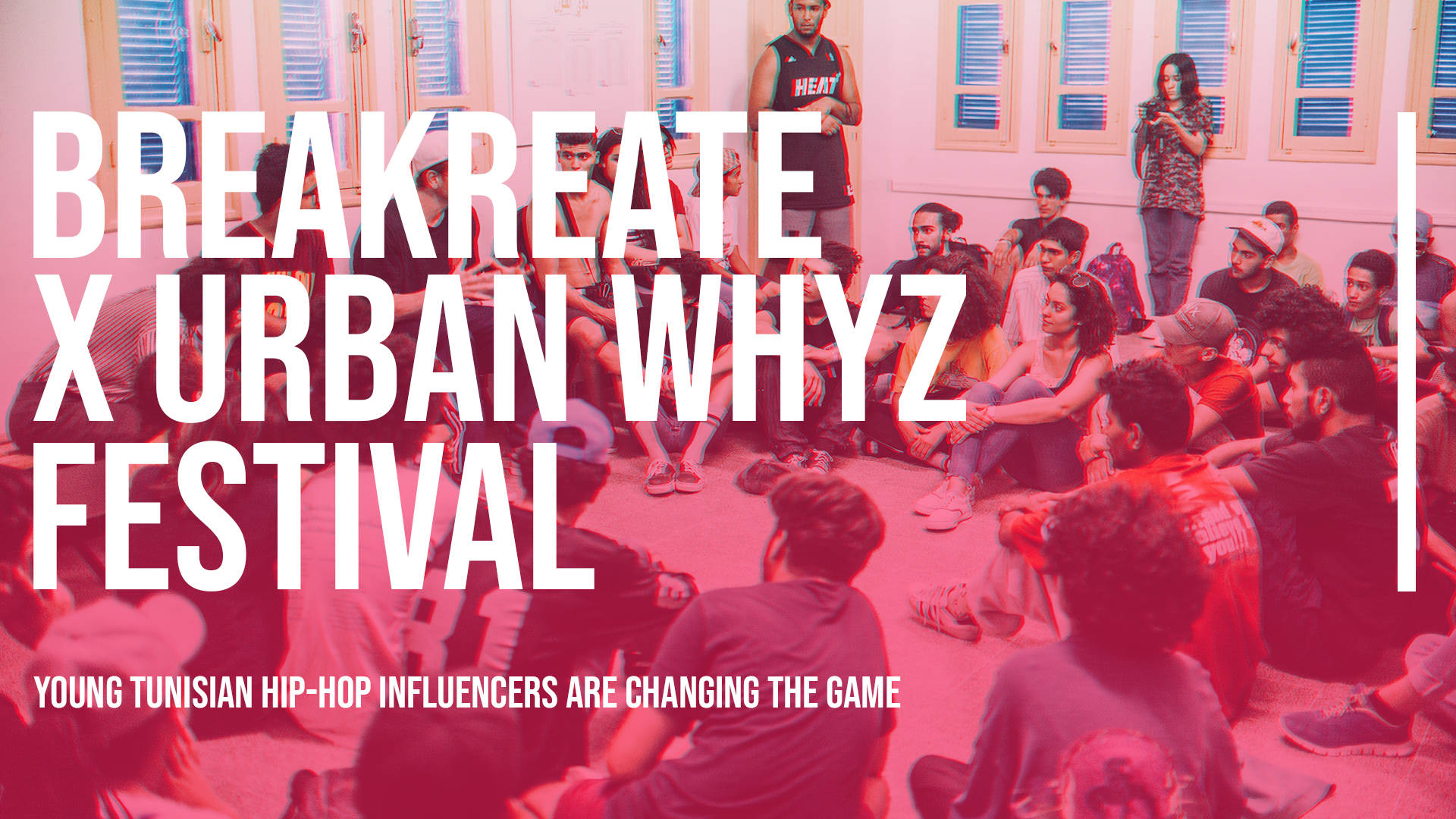 End of June of 2018, the Tunisian Hip Hop community came together in a small town in the region of Beja called Nefza for a 4-day-long Hip Hop festival. The Breakreate X Urban Whyz Festival is a collaboration of two festivals: The Breakreate Festival, which is a Hip-hop festival founded by the Bboy Khalil Zammeli, which will take place each year in a town, called Nefza, located in Beja. And Urban Why’z, which is a festival that marks a point on the urban culture in Tunisia founded by the female graffiti artist Mylow, who has frequently demonstrated her talent of organizing the community around her.

During this festival, which united workshops, competitions, screenings, concerts, performances and conferences throughout these 4 days, young Hip-hop artists, dancers and members of the community from all over the country came together to populate this small city and fill it with street art and performances. The residents of this town were stunned by this kind of movement and artistic expression that they aren’t used to seeing in the public space.

In this small town far away from what’s going on in the capital, the residents were surprisingly open to the community and the festival’s participants. The creative atmosphere with workshops and artistic works with more than 20 Tunisian artists all over the town infatuated the locals and had a huge success. The artists and participants of the festival camped, populated the town and mingled with the locals throughout the duration of the festival.

Being young and part of an underground community and to get appreciated in a small town like Nefza is an extraordinary and rare experience.

Within the program of the festival a diversity of different artistic expressions of the Hip-hop scene were incorporated, such as graffiti, skateboarding and Parkour. The festival also offered a variety of activities, such as film screenings, workshops and competitions for each category, as well as panel discussions and DJ sets.

“It is unique to see all of these things happening at the same place and time from graffiti to dance and from extreme sports to music”, as Bruce Wayne, one of the invited judges, said. “It’s something hard to find all over the world.”

Bringing artists from all disciplines together in one place to camp and live and create together was what Amel Naffetti aka Mylow had envisioned while organizing the event with her crew.

Nefza was now turned into an extremely colorful town full of street art, with which 14 shops were decorated. A new version of this small universe was created and new connections made, minds opened.

Despite of the whole crew being surprisingly young to be organizing such a big event, these artists, dancers and athletes already have been in the scene for years and years, most of them starting out at an early age. This why creating their own event only seems like a natural step, as Mylow pointed out, and they excelled at it.

These are the influencers and creators of the future to watch out for, and they will and are already changing what has been going on in the scene with an impressive pace.

How to Become a WAR ZONE #2 Warrior